The Future of 3D Printing

3D printing has evolved from its humble beginnings and has rapidly progressed to become a key part of building the future. Originally beginning in the 1980s, 3D printing has exploded over the past half-decade as an emerging technology to watch. Affordable, accessible, and relatively simple to operate, printers on the market today are designed for the basic consumer. However, as models improve and evolve, the question becomes: What does the future of 3D printing look like?

3D printing offers the everyday consumer the ability to create nearly any tangible object at the click of a button, of course depending on their printer and materials. If it sounds easy, it’s because it is. Using databases like Yobi3D, a free 3D model search engine service that provides downloadable content, users don’t need to have a degree in 3D modeling or computer science to print anything. While the types of printers and materials vary in cost and accessibility, the cost to buy a 3D printer has exponentially decreased over the past 5 years. To purchase an Edner 3 V2, one of the most popular and common 3D printers, it costs between $250 to $300. Additionally, the filament, or plastic material used to print objects, costs as much as $20. This is a very affordable enterprise.

Another alternative if consumers didn’t want to purchase a printer or filament, is a third-party printer. Naresh Shanker, Chief Technology Officer for Xerox, stated that, “Over the next decade, 3D printing will be fully integrated with traditional manufacturing — additive manufacturing will be a mainstream element of most assembly lines.” These manufacturers vary from printing startups to multi-million-dollar companies adopting a new business model. As another example, UPS now offers 3D printing at approximately 20 locations across the country.

This democratization of emerging technology has both possibilities and consequences. As free content and tutorials become more popular, users can create objects as simple as toys to more complex weapons such as a fully functional semi-automatic assault rifle. But the potential doesn’t stop there. As an example, ICON, a construction technology start-up in Austin, Texas, has created 3D printed houses using a printer they call Vulcan. Vulcan is capable of printing homes and structures up to 3,000 square feet and is faster and more cost-effective than traditional construction. Additionally, in October of 2020, the company received funding from NASA to launch “Project Olympus,” on an off-world construction project based on creating structures for the Moon. These are truly exciting times.

As Sci-Fi slowly becomes reality in many different aspects of technology, 3D printing is no different. Anyone can print a 3D model of a cat for a child’s toy and just like any emerging technology, 3d printing can be used for benevolent or nefarious purposes. Its uses are endless and it’s uncertain in what ways this emerging technology will be used. One thing is certain though. The future’s only begun and 3D printing has shown it has a long way to go before we can truly understand its full potential. 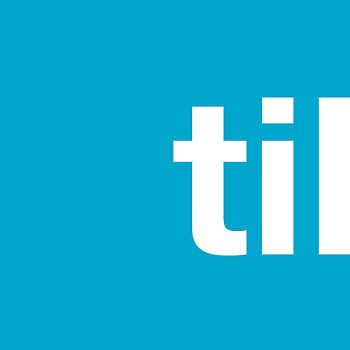